Things that don’t exist but totally should

An 'instruction manual-like illustration style that will bring a tongue-in-cheek legitimacy to our ridiculous inventions' was the client request that kicked off this fun project for JWT Melbourne and the Australian wine company Lindeman’s. 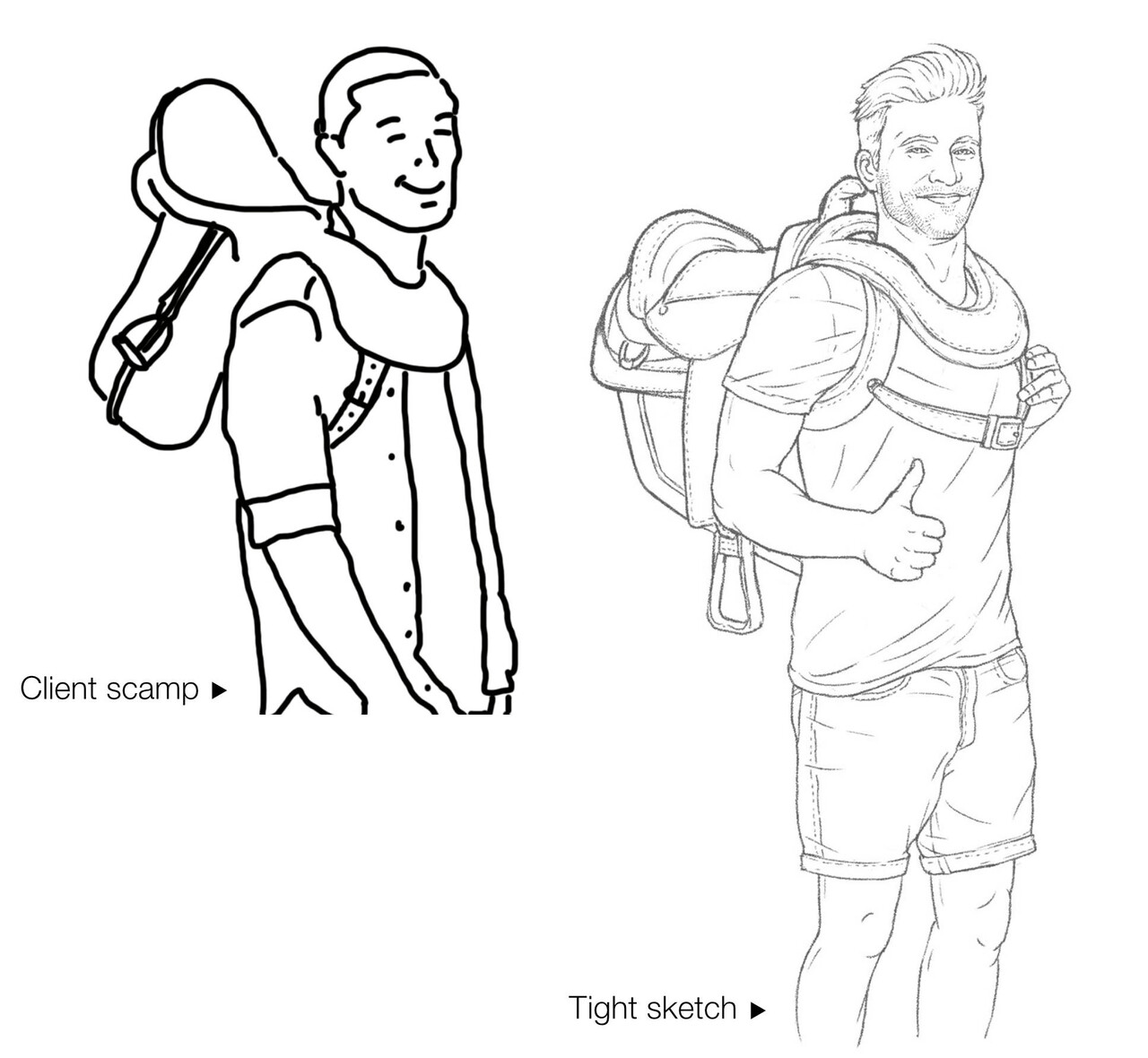 The first concept was a 'Music Festival Shoulder Saddle.' From the brief and scamp I developed a tight sketch of the character and added a few of my own details (the Western-style saddle and 'thumbs up'). After some minor revisions the sketch was approved and I proceeded to final art, redrawing as vector line art and adding the texture and halftone effects. 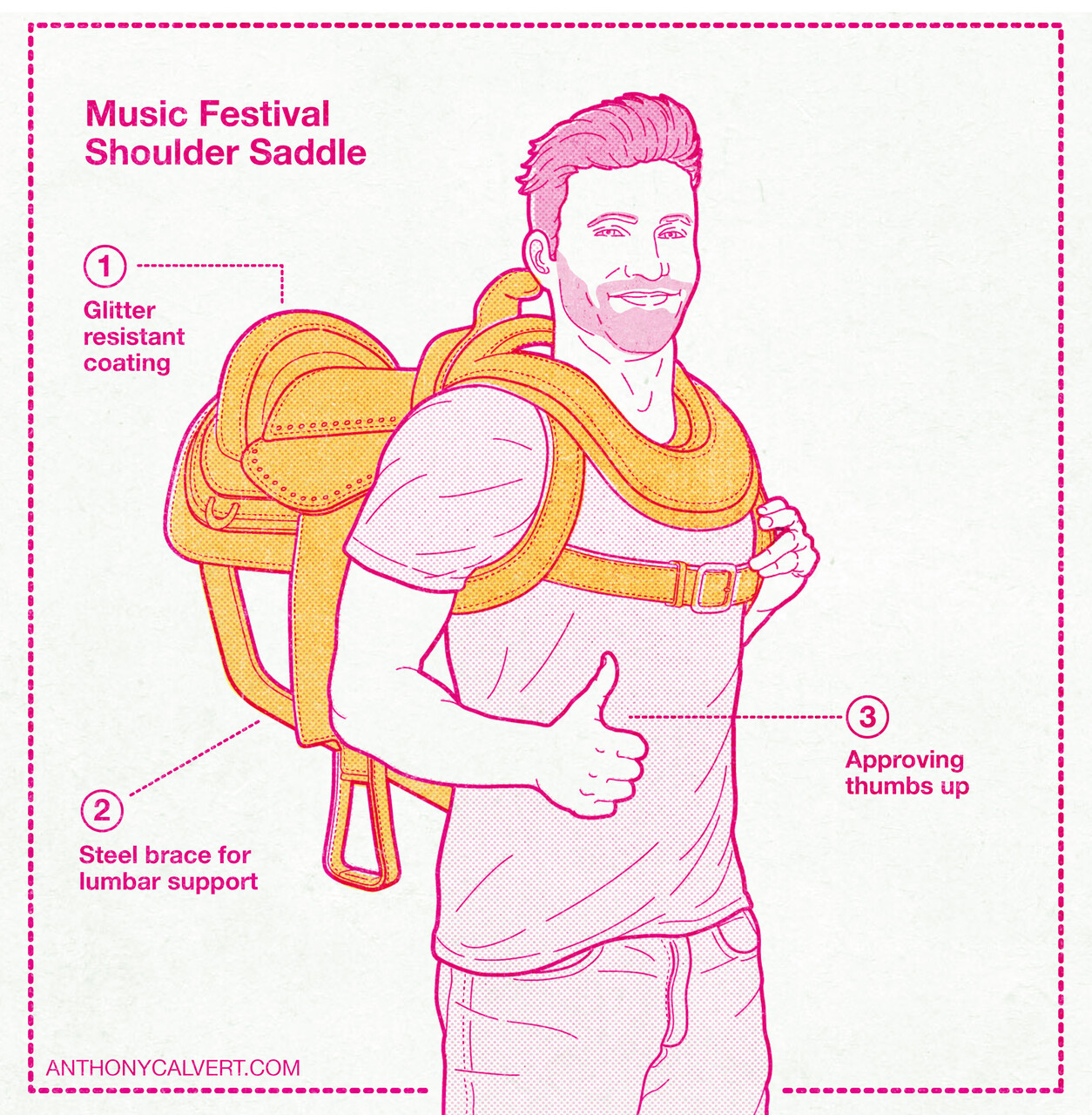 The illustration appeared across Lindeman’s social media accounts with the caption:

Giving a friend a shoulder ride at a music festival is the gentlemanly thing to do. It’s also a one way ticket to scoliosis. Protect your neck this festival season with the Music Festival Shoulder Saddle.

The second invention was a 'Sunscreen Applier'. 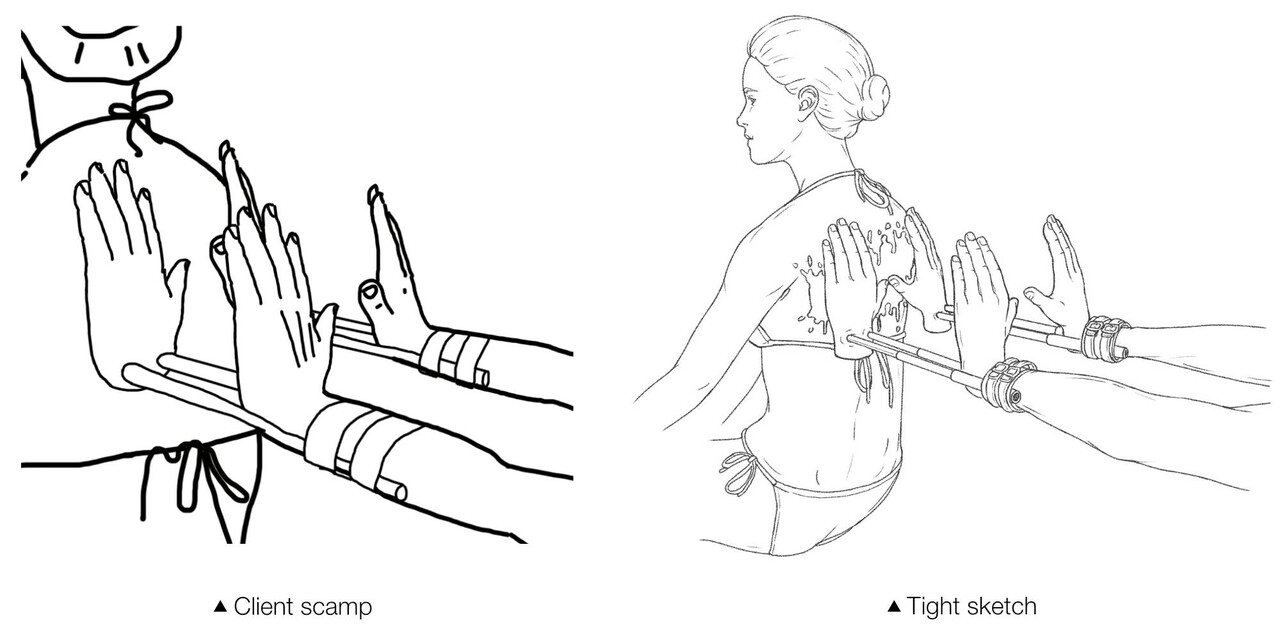 I re-framed the scamp to show more of the main character and added telescopic rods. The sketch was approved with a few minor revisions including: "Can we give her a bit more of a bum?" 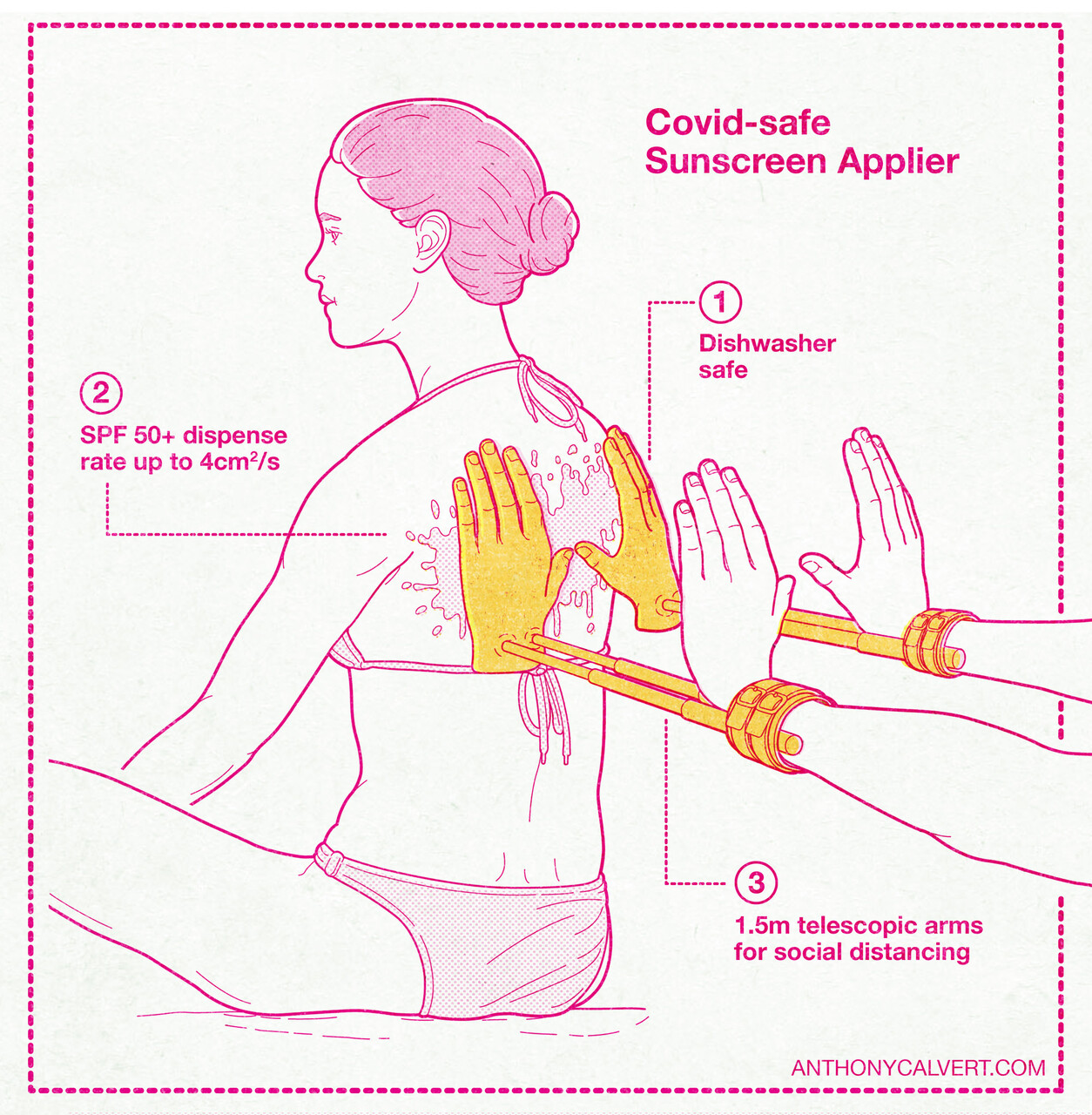 Bum adjusted and vector line art added for the final version, along with texture and halftone. I've since tweaked the original concept to make it a bit more relevant to current events. Here's my (slightly revised) caption:

Reduce her risk of getting skin cancer whilst reducing your risk of spreading Covid-19. Now you can dispense and apply sunscreen to another’s body while maintaining social distance.

The campaign was a success and viewed hundreds of thousands of times on Lindeman's social media pages.